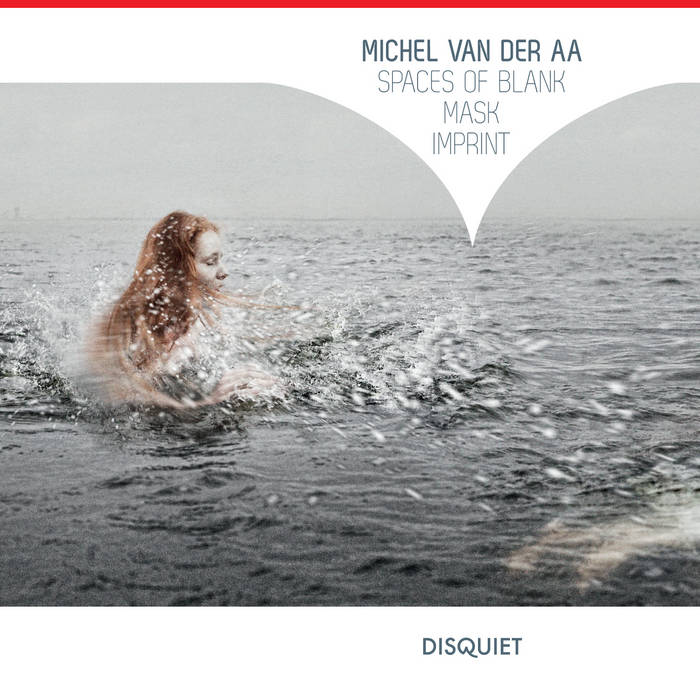 The three works on this first CD by Disquiet Media, composer, film-maker and director Michel van der Aa’s own multimedia label, together constitute a stylistic cross-section of a genre that, with its refined musical expression of conceptual first principles, has quickly gained ground both nationally and internationally. They demonstrate the scope of a vision of ‘music about music’, in which as an object of study the human being, musician or not, is just as important as musical ideas. When Van der Aa says he is not a composer of notes, he means he is not only concerned with the creative dialogue with forms and musical languages but also with the theatrical aspects of music-making, perceived with the detachment of the principled outsider who constantly asks himself what and how he sees and hears.

His attention is directed primarily to the physical and social facets of music-making: producing sound, the musician as a recreative individual, relationships between musicians, ensemble structure and the interpretative ritual per se, which in his case consistently assumes theatrical forms because human beings form the active centre point. No less essential are the aural and visual perceptions of the listener, with whom the composer plays a peculiarly serious cat-and-mouse game. Van der Aa imperceptibly transforms acoustic sounds into electronic ones, or manipulates them beyond recognition by electronic means, thus creating a sound universe that arouses a permanent state of wonder: what am I hearing, what is meant by this?

As in 'One', the opera 'After Life' and 'The Book of Disquiet' centre on characters that, thrown upon themselves, are faced with the question who they are and how they relate to their world. It is probably clear by now that only a blurred distinction exists between Van der Aa’s concert and theatre music. The solitary soprano in 'Here [in circles]' and 'Here [to be found'] struggles on the concert podium with the same issues as the protagonist in 'One': whither, wherefore? Despite their thematic material, the same holds true for the three works on this CD. 'Imprint', for Baroque orchestra, is seemingly the most musicianly, the ensemble piece Mask as an essay about the relationship between form and sound the most conceptual, and the song cycle 'Space of Blank' the most dramatic, but the common denominators stand out. They deal with the lone wolf and his relationship – or absence of it – to his biotope.
– Bas van Putten

“Poetic Van der Aa and Stotijn touch the soul. Van der Aa’s alternation of brass blocks, textures dominated by shadowy hues, hectic and static moments, and the use of electronics was tasteful, effective and vivid. This is modern music that warmly welcomes the listener, but that also takes him seriously. […] a beautiful piece.” (Spaces of Blank)
—Parool