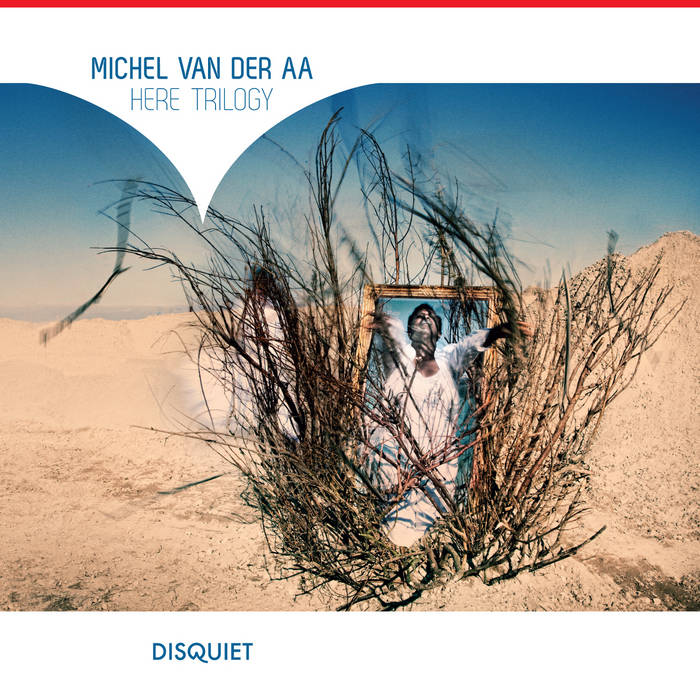 A branch snaps with icy confidence. It seems like an everyday occurrence, an everyday sound. But within the oeuvre of Michel van der Aa (1970), the snap of a branch means more than just that. In a musical context removed from the ‘everyday’, the gesture suddenly suggests loneliness, insanity, anger. And while the crisp noise a breaking branch makes is indeed pure nature, with closed eyes it also carries an electric charge. The gesture and the sound carry more layers and more weight than one might think. That breaking branch is a symbol for Michel van der Aa’s oeuvre in general and the Here trilogy in particular.
The interaction between natural and electric sounds and a visual-theatrical component are recurring themes in the Here trilogy, composed between 2001 and 2003. The cycle is thematically related to the chamber opera One (2002). In One an anonymous female character (soprano) undertakes an obsessive search for herself, and enters into a dialogue with her alter ego on film. In the second and third sections of the Here trilogy the soprano returns in the same vain quest for herself and for a connection with the world around her.
One and – in a more abstract, purely musical way – the Here trilogy both owe their confrontational dramatic effect to the theme of loneliness verging on insanity. The drama is not an imposed extramusical idea, but rather a product of the musical structure. It is not surprising that Michel van de Aa’s oeuvre is often referred to as the musical equivalent of the work of M.C. Escher. Escher’s perspectivist suggestions and spatial manipulation find a musical parallel in Van der Aa’s equally intriguing play of acoustic distortion.
‘I am fascinated by the contradiction between what is and what seems,’ says the composer. ‘The sculpture When I am Pregnant (1992) by the English sculptor Anish Kapoor appears, seen from the front, to be a solid wall. You only see the belly by looking at it sideways. In all its simplicity, this is an extremely dramatic effect. I strive to create a similar kind of drama in my music.’
In the Here trilogy as well, the dramatic content is an organic consequence of the poetics in Van der Aa’s music. Tension is aroused by the audible failure of the music itself, in which the musical present (live chamber orchestra or ensemble) clashes with the past (soundtrack). As a whole, that failure of the musical progress leads to the sensation of chilling, detachment and disunity that, after the purely instrumental first movement Here [enclosed], is given a voice in Here [in circles] and Here [to be found].
– Mischa Spel (excerpt)

The ‘Here Trilogy’ is a mayor achievement in recent European music.”
— Gramophone Magazine

3. Here [to be found] (2001)
for soprano, chamber orchestra and soundtrack